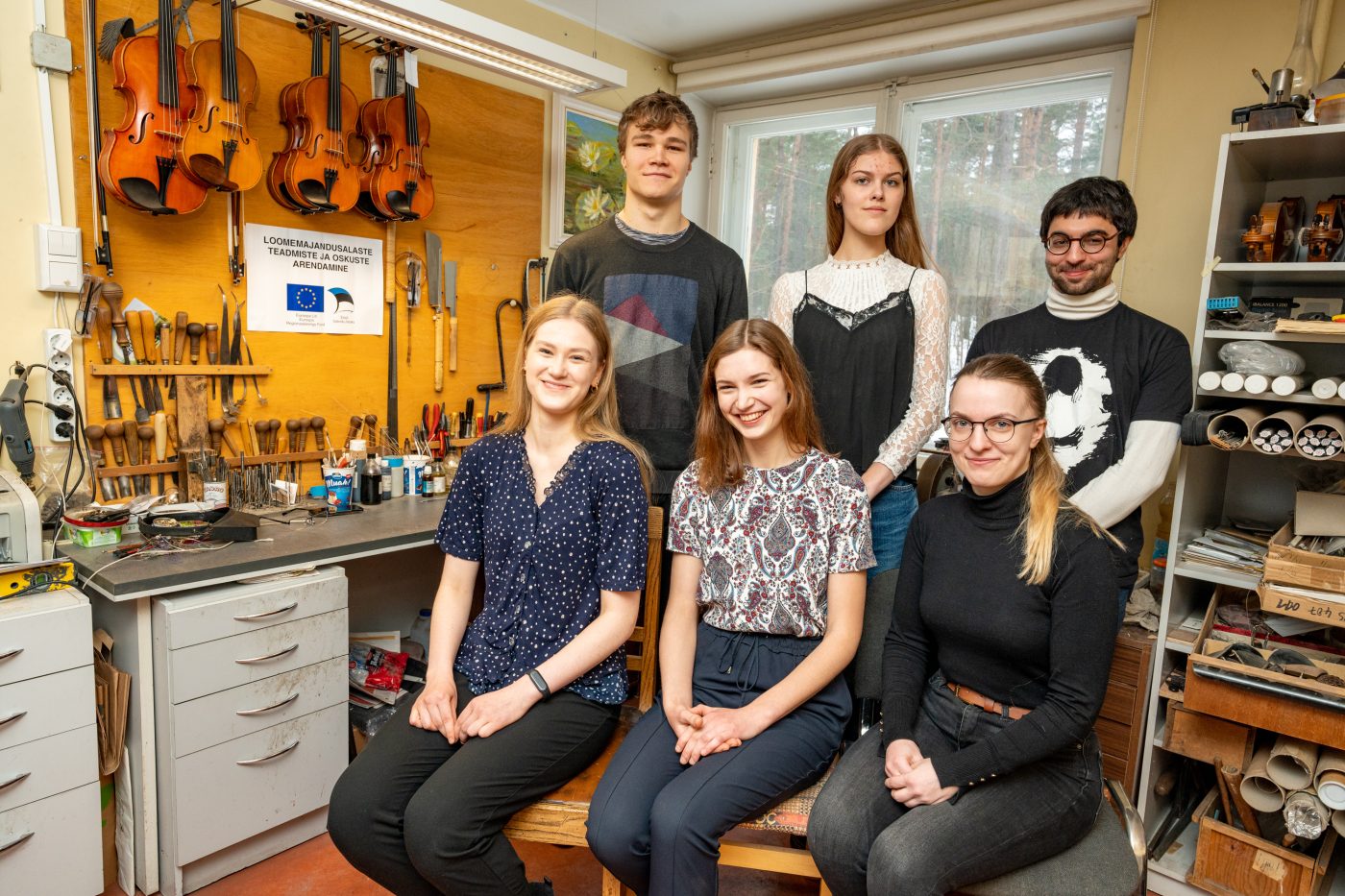 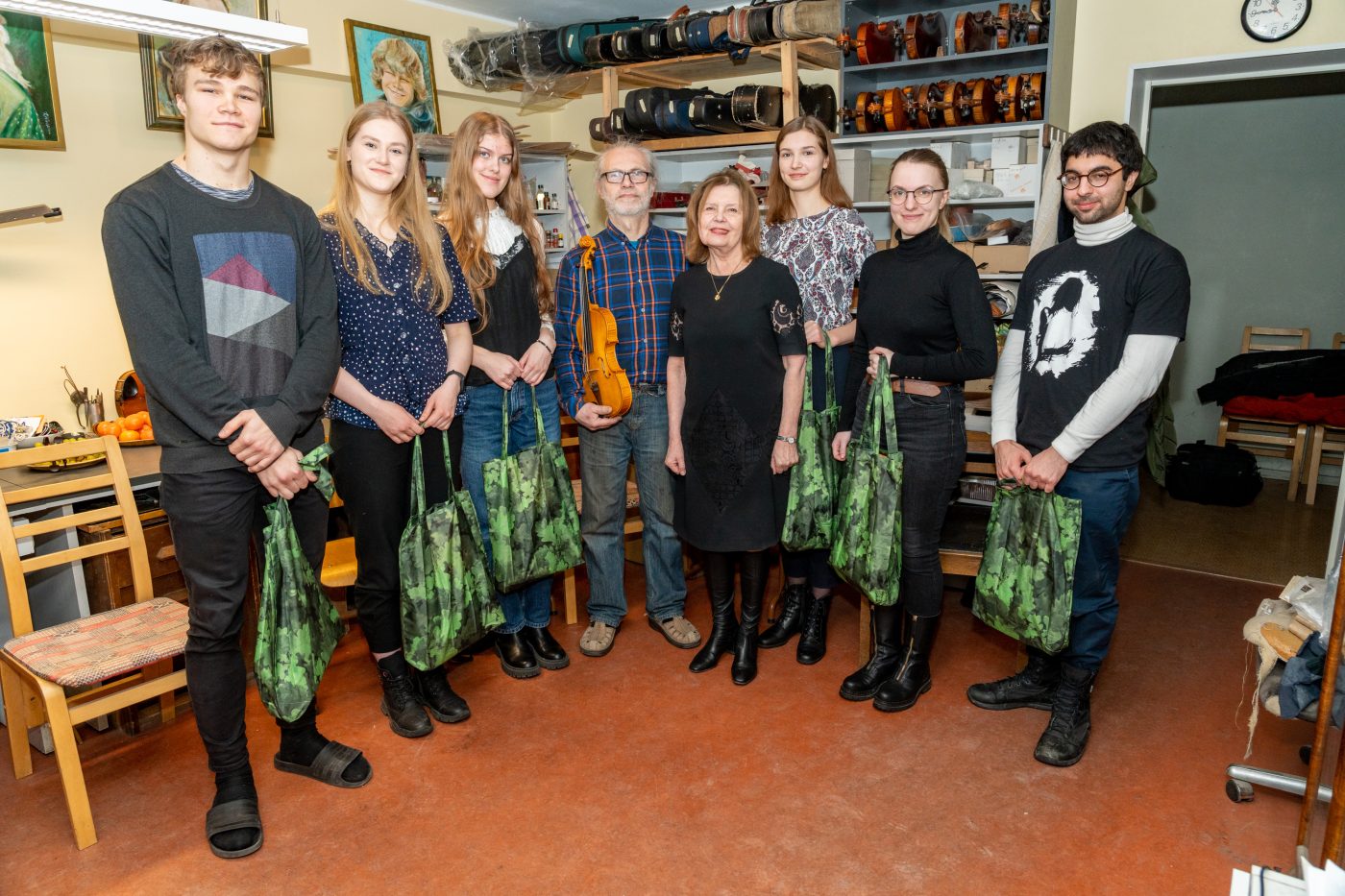 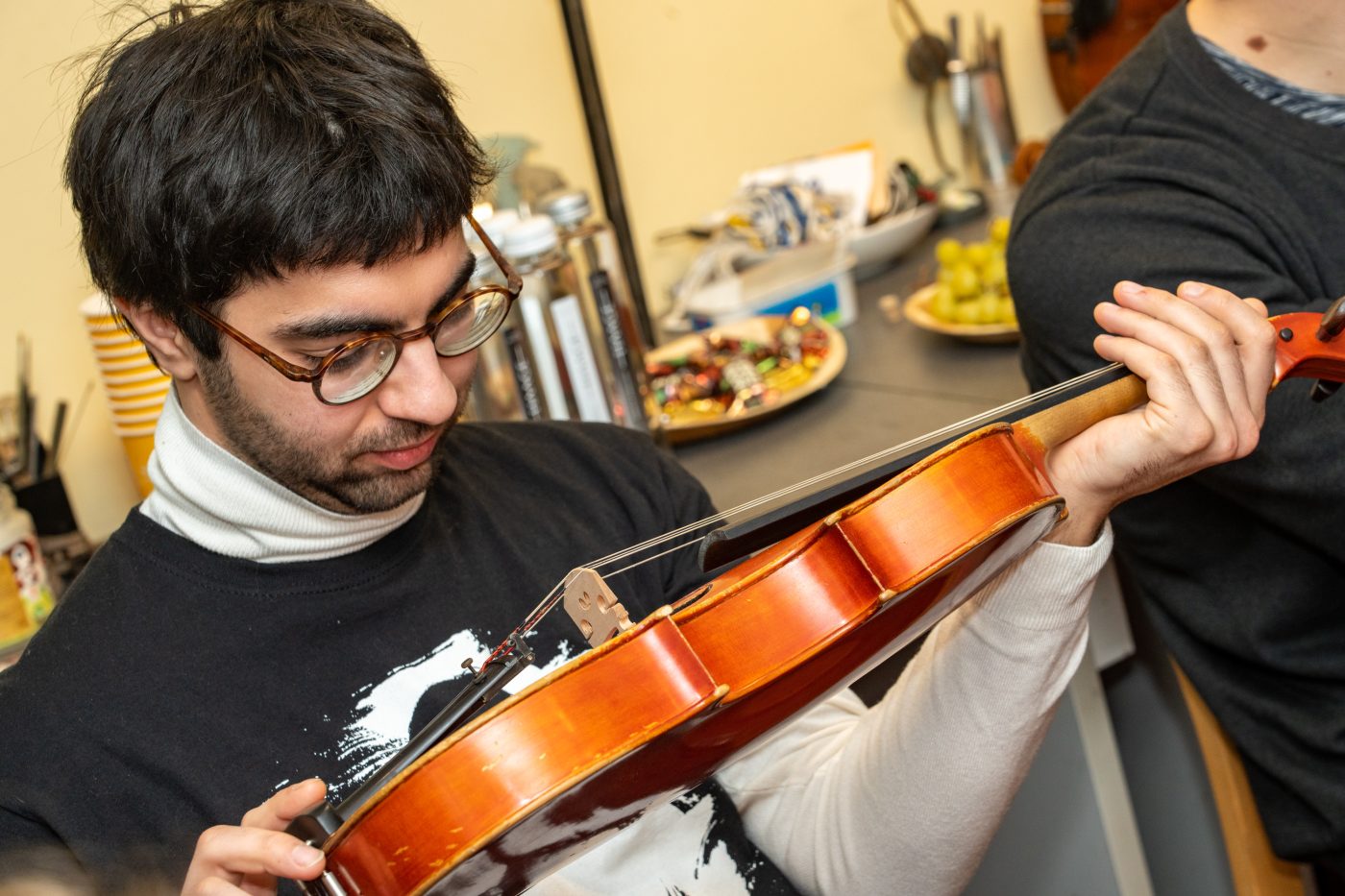 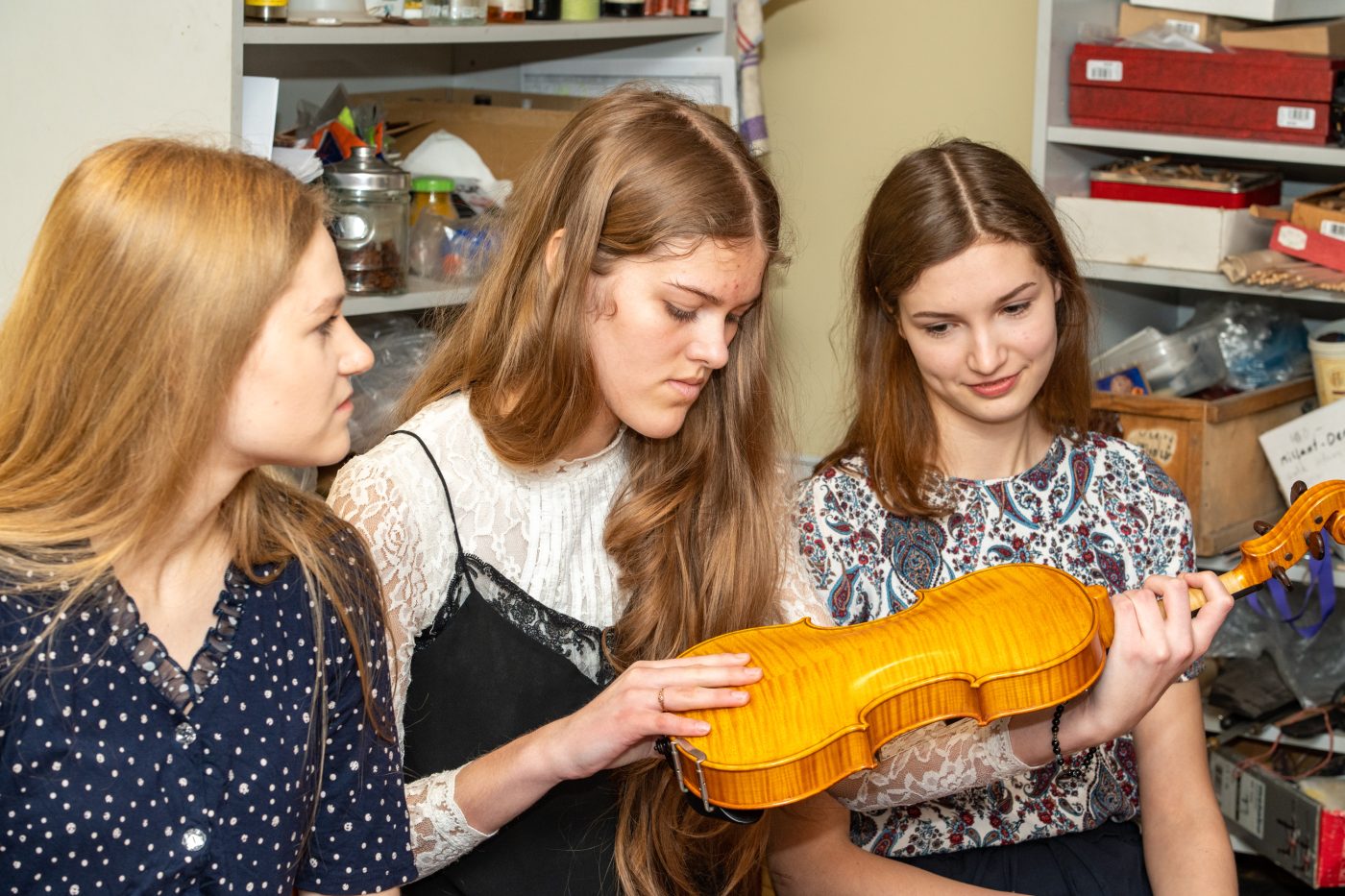 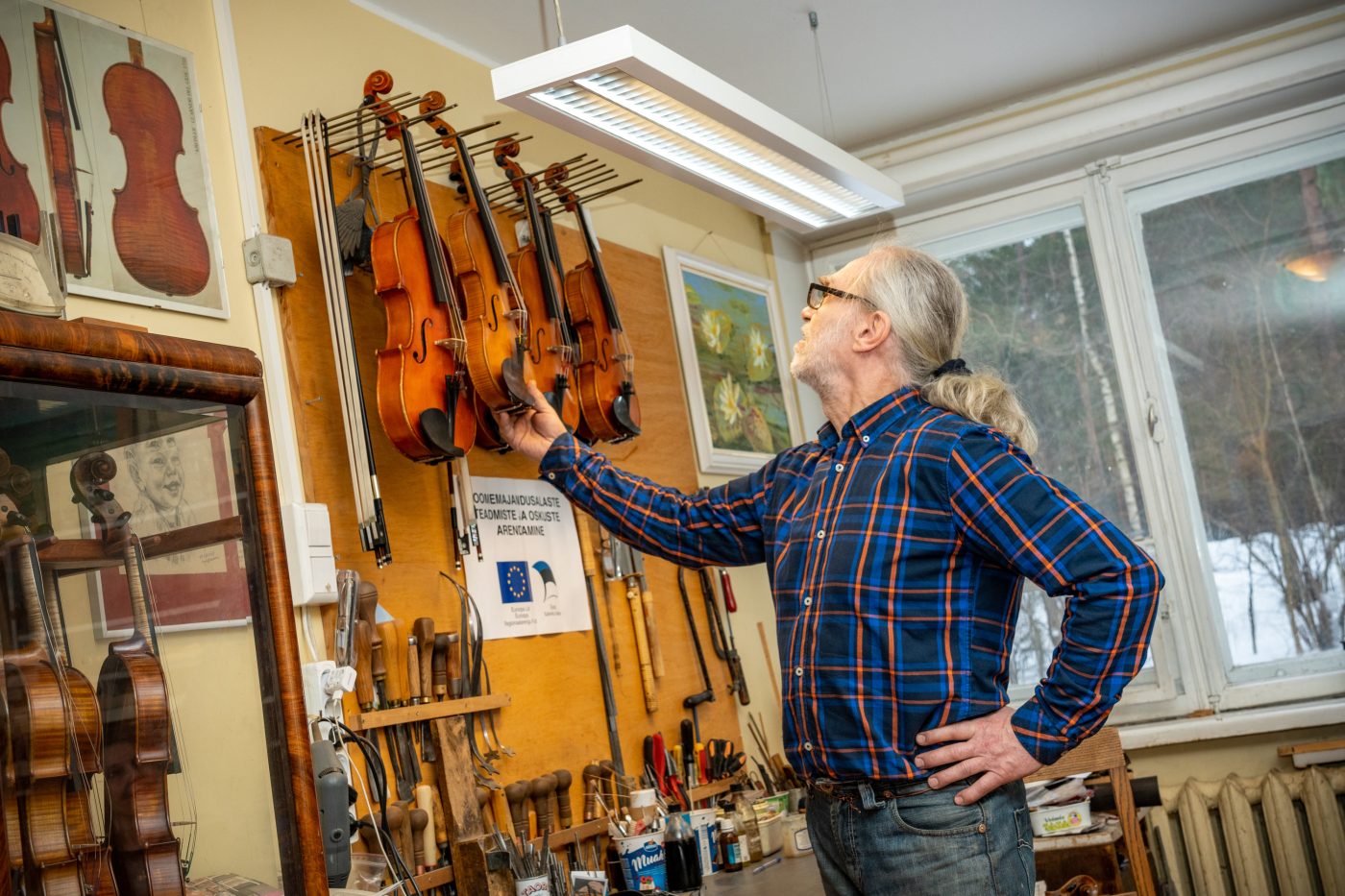 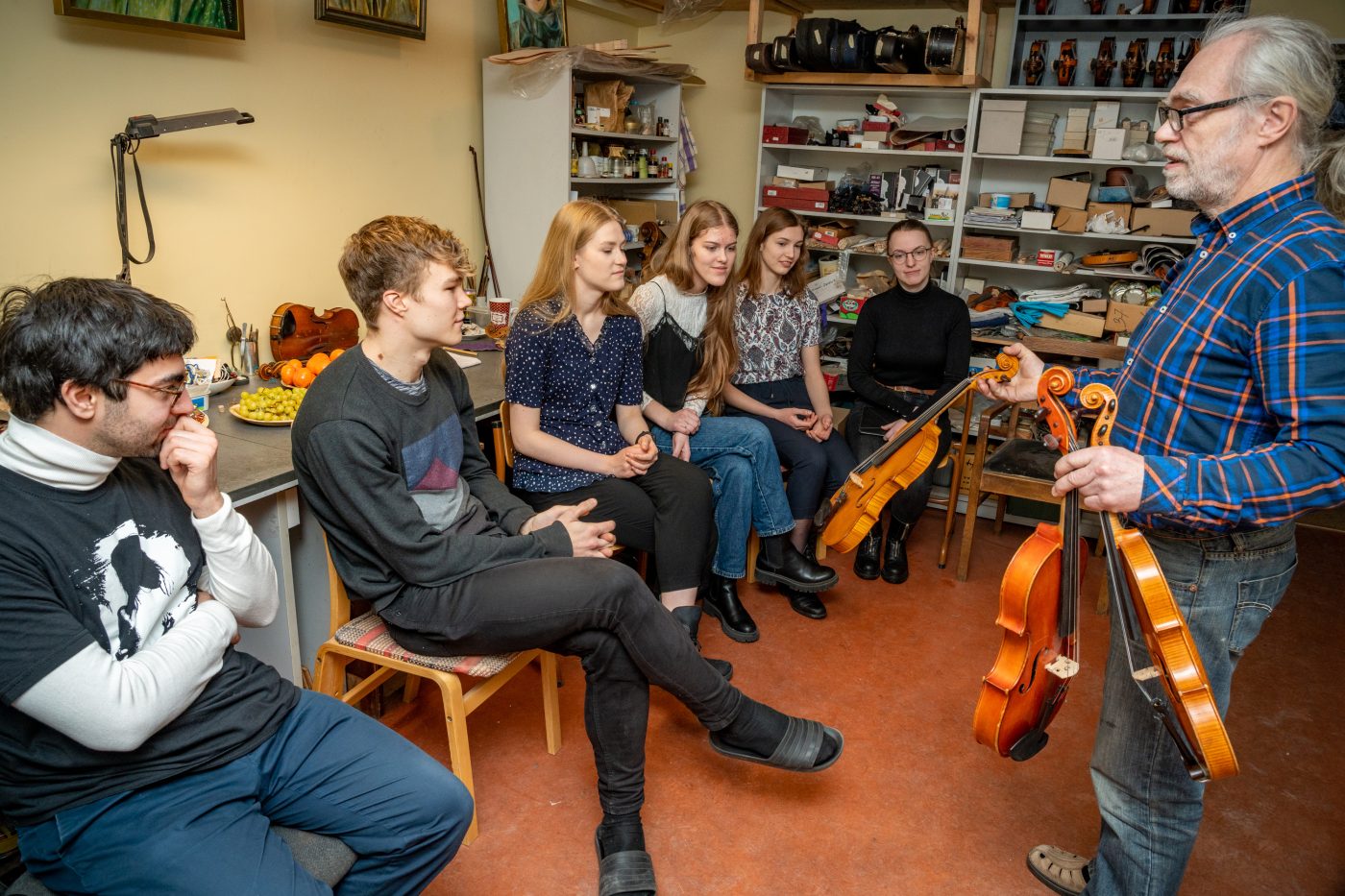 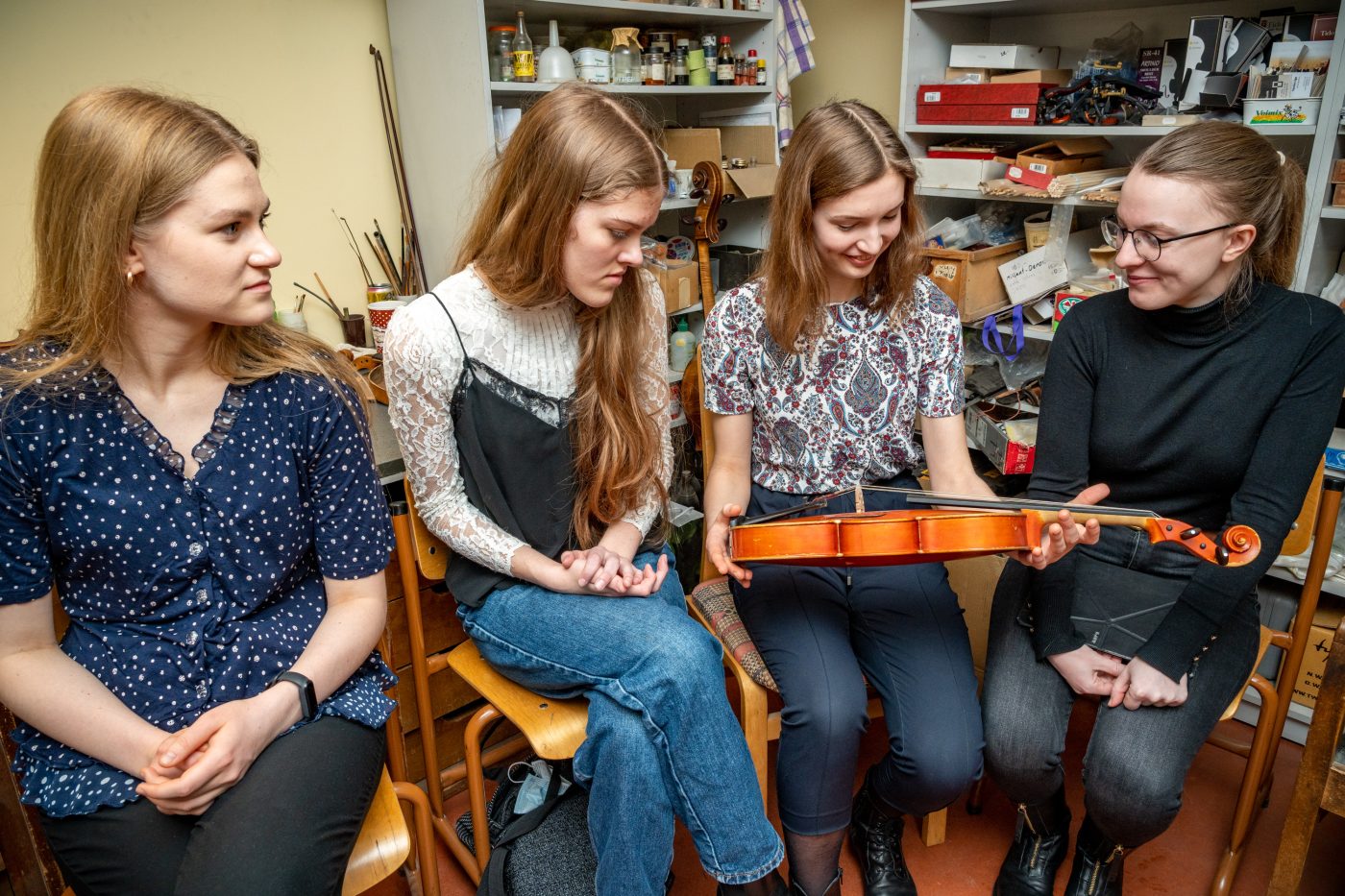 An international series of trainings was opened on the 2nd of March in the instrument workshop of the master Raivo Hiiemaa. The Estonian Foundation of Musical Instruments, decision of the Council, allows for six future instrument makers to start studies. They will acquire the required knowledge and skills, under the most valued instrument masters of Finland and Sweden.

“The ENSO, National Opera, Chamber Orchestra and many other professional groups in Estonia, need trained instrument makers. The need for expertise and renovation skills has further increased, in connection with the active activities of the Instrument Foundation, but the continuity in training instrument masters has been interrupted in Estonia”, said Professor Marje Lohuaru, the head of the Estonian Foundation of Musical Instruments, at the opening event and added “The Instrument Foundation so far has predominantly used the services of Finnish instrument experts and masters. The tradition of renovating and preserving valuable historical musical instruments has been maintained there.”

The instructors of the future instrument masters are the recognised instrument masters Susan Stedman, Karin Grobel-Eneh and Ilkka Vainio, who have long term experience. Susan Stedman has worked for more than 30 years as a violin master in Sweden. She has studied to become a violin master at the Leksands Folkhögskola in Sweden, obtaining from there a master’s certificate and she has been a Member of the Board of the Guild of Swedish Violin Makers. Karin Grobel-Eneh graduated from one of the most valued schools of instrument masters in Great Britain – the Newark School of Violin Making Craft. Grobel-Eneh, after graduating has worked in Austria, London, Helsinki and currently in a workshop named after herself, in Tampere. Ilkka Vainio started as a maker of violins in the 1970s, under his father, the instrument master Risto Vainio. He followed the footsteps of his father by studying in the years, 1982-1985 at the prestigious school, in Mittenwald. He continued studies in 1986, in the studio of the renowned master Etienne Vatelot in Paris and from 1988 by Wolfgang Bunnagel in Germany.

The series of international trainings of instrument makers was opened by one of the most senior instrument makers in Estonia, Raivo Hiiemaa, who started his studies in 1979 at the Tallinn State Conservatory and later studied under Pavel Schudtz in Moscow.

The training is supported by Enterprise Estonia and Swedbank.